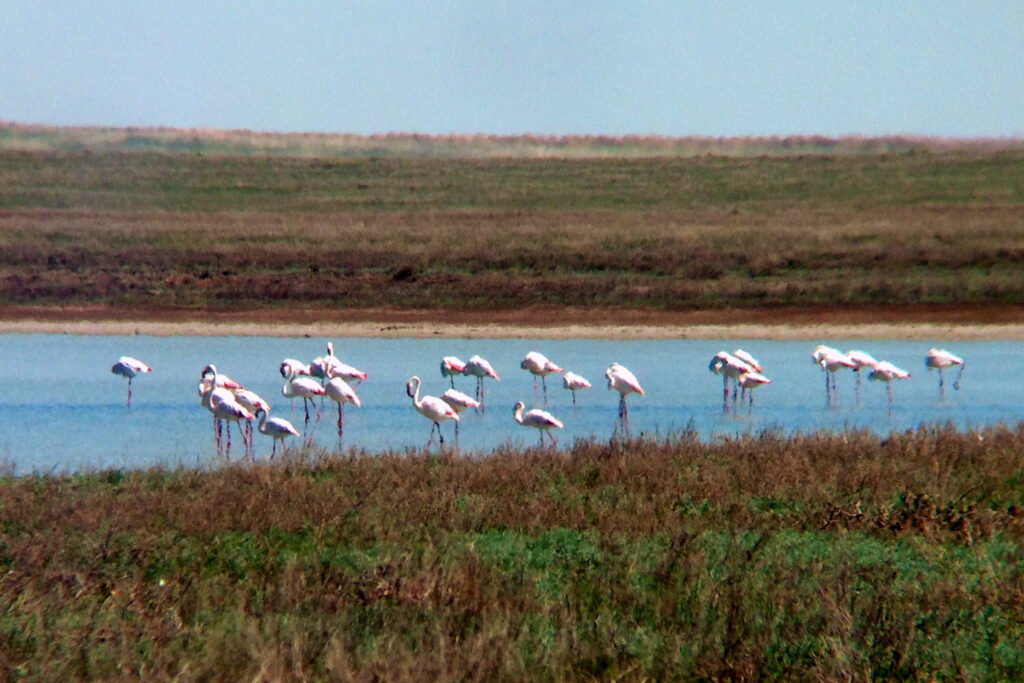 Did you know there are flamingos in Kazakhstan? I also had my doubts, but it’s true! I saw them with my own eyes.

We decided to do some exploring this past weekend and settled on the Korgalzhyn State Nature Reserve, a UNESCO heritage site about 80 miles southwest of Astana. The nature reserve is composed of lakes, steppe and semi-desert. It was an off-road adventure navigating bumpy dirt roads or no roads at all, as we forged our own path. 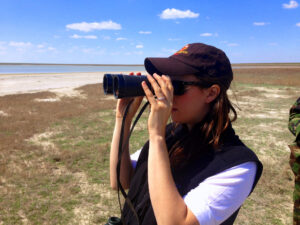 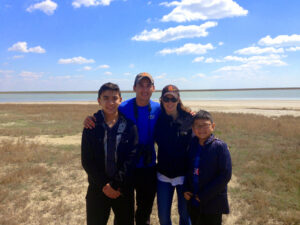 Back to the flamingos… Every April, pink flamingos flock to the heart of Kazakhstan, settling in this nature reserve, where they stay until late fall. Kazakhstan’s flamingos form the world’s northernmost breeding colony. This place is rich in nature with more than 300 species of birds (eagles, swans, geese, stork, etc.), but it’s the flamingos that really make it a birdwatcher’s paradise! Simply the sheer number of them (as many as 60,000) and the sight of them taking flight (when the black and dark pink colors of their under wings are exposed) is really beautiful. We spent a couple hours navigating the vast steppe and lakes observing flocks of flamingos.

And then just when we were about to make our way to the “paved” road more than satisfied with our flamingo experience, Travis spotted a herd of saiga, a critically 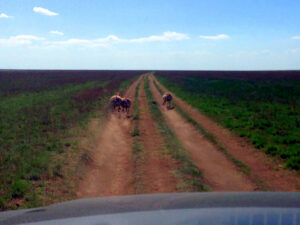 endangered antelope. The saiga has a body like a deer and a head like a camel. (For those of you that have seen Planet Earth – The Future series should be familiar with saiga. They were featured on the “Saving the Species” program). Sadly, the largest contributor to the decline in the population was the demand for saiga horns in Chinese medicine.

The last time Travis saw a saiga was 20 years ago and I certainly never expected to see them in my lifetime. We followed the herd in our car for a few miles or so and barely managed to snap the picture to the left while we were in motion (faster than I want to admit to). I’ve included this other picture (courtesy of National Geographic) so you can actually see them. They’re a very interesting looking animal! 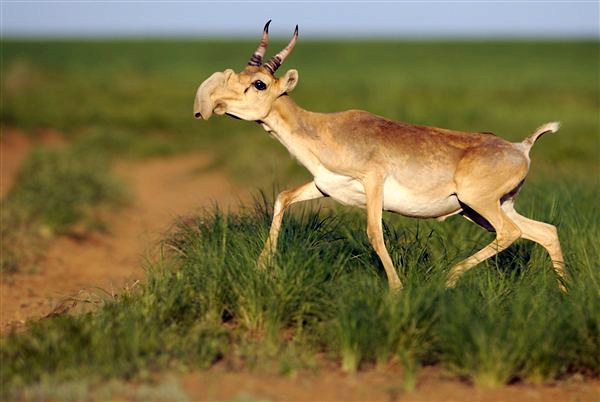 All in all it was a great day! We’re going to try to squeeze in one more camping trip before I’ll need to put that on hold for a bit.

P.S. There was a glitch in the email notification from my last post, “Horsemeat anyone?” Many of you received multiple notifications and others none at all. Sorry about that. In any case, if you didn’t see it checkout the post from May 6th.