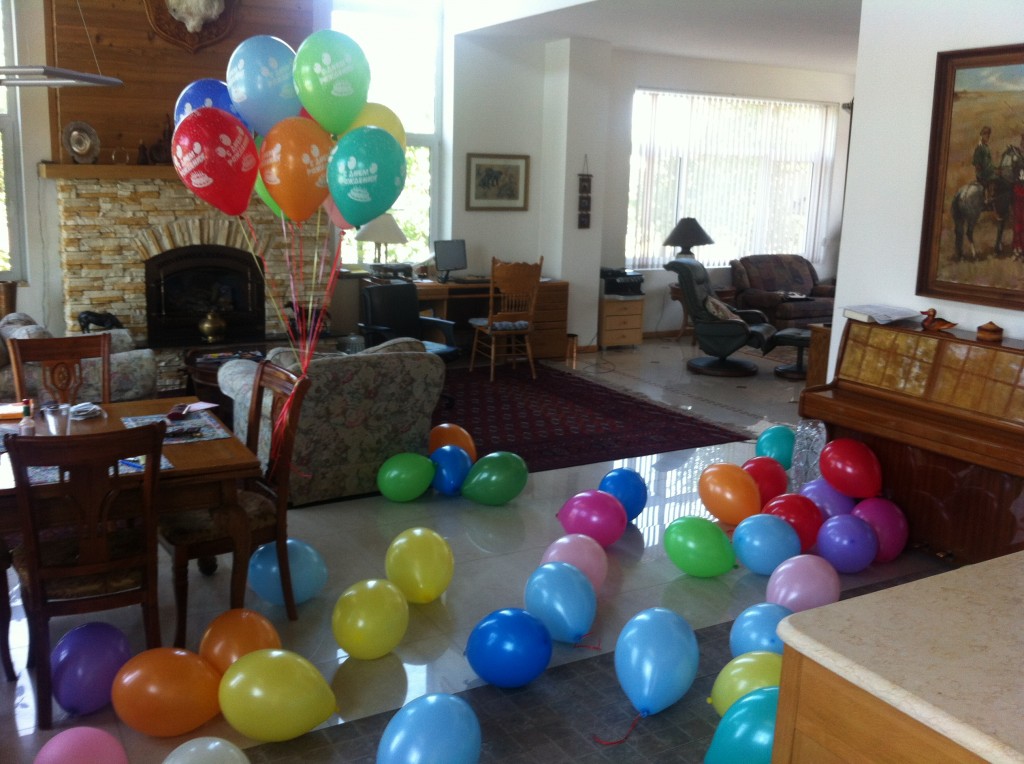 I wanted to do something special for Travis’ birthday last August, and while I had only been here a couple months, I picked up rather quickly that Kazakhs do things big (flashback to my post about engagement flowers). So out of character, but completely in sync with my new home, I decided to get Travis a ridiculous amount of something. I settled on balloons.

While I was at my third Russian lesson I asked our driver, Sergey, in part English, part Russian and part something in between to please purchase as many balloons as he could possibly fit in our car. Sergey got a LOT of balloons, but somehow things clearly got lost in translation, as most of them didn’t have strings and what’s even funnier is that the majority also didn’t have helium. Ha! Our home looked like a fun house! We laughed until our stomachs hurt.

Soon after Travis’ birthday we left for America. There were so many balloons bouncing around the house that they set off the motion detectors and the police were called two times! When we arrived back to Kazakhstan there were balloons stuffed in every closet.