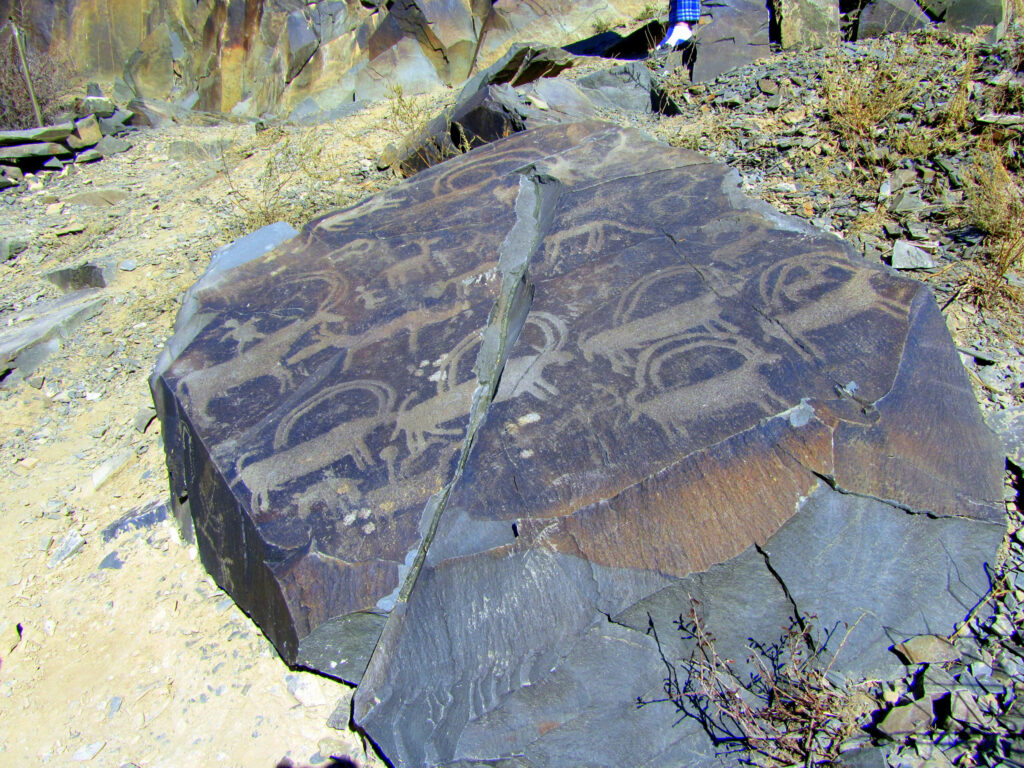 Tamgaly or Тамгалы is an open-air museum containing about 2,000 ancient petroglyphs. It’s fascinating! The site is located about 100 miles northwest of Almaty in the southwestern part of the Chu-Ili mountains. The rock carvings were found only in 1957, which was surprising to me. They are listed as a UNESCO World Heritage site.

We have been a handful of times and each trip we discover something new! It’s a perfect day trip where we can get out of the city, have a picnic and explore this historic site that is one of the more important cultural monuments in the Asia-Pacific region.

The drawings spanned centuries, from the Bronze Age to the Turkish era and are almost entirely on the southern and eastern slopes of the mountains, as these spots are better illuminated by the sun. The carvings were created with stone and metal stools. You can see in the pictures the surfaces are dark and shiny due to the formation of iron oxides and manganese (for those that like the periodic table. On a personal note, I did not like chemistry). This makes the carvings that much more visible and bright.

The images consist mostly of animals, but also include people, sun-headed gods, soldiers and married couples. In addition, there are many hunting and sacrificial scenes. The sheer number of carvings is impressive. Researchers believe the pictures were depictions of the nomadic people’s understanding of how the world was ordered. Scientists have only studied a portion of the petroglyphs, leaving many discoveries about the site still to come. 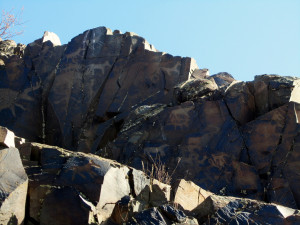